Beautiful end to a beautiful game. I finished “Need for Speed : Most Wanted” last night. For those who don’t know what finishing NFS means, NFS has this career mode game play where you have to challenge black list racers by winning qualifying races and milestones. Once you qualify to challenge, you race with the blacklist racer head-to-head. You defeat that guy and then next blacklist racer. There are 15 blacklist racers in all. For complete game story, go to Need for Speed : Most Wanted page at Wikipedia. If you are lazy enough to go there and read everything, here is the story part from there:

———-
Spoilers
———-
“In the Career mode storyline, the player is a driver who crosses a bridge into Rockport, looking to build up a reputation by winning races against local street racers, ranked according to a “Blacklist.” The player character encounters several racers and beats them all, thanks to his heavily-modified BMW M3 GTR (V8), and eventually runs into a local street racing gang which turns out to be quite unfriendly to new drivers on the scene. The leader of this gang is a young man named Clarence Callahan, also known as “Razor,” and he is the #15-ranked street racer on the “Blacklist”—an underground list of the top 15 street racers in Rockport. Razor is also a cheater, and he sabotages the BMW before racing the player, forcing a loss and, in accordance to Blacklist rules, the forfeit of his car. Shortly after, the police arrive as Razor and his gang flee the scene, leading to the player’s arrest by Sergeant Cross, one of the most experienced police drivers on the Rockport police force, for street racing.

The player is released because he didn’t have a car at the time of his arrest. He is picked up by a mysterious woman named Mia Townsend (Josie Maran), who tells him that Razor has used the player’s car to make his way to #1 on the Blacklist, while two of his gang members (Bull and Ronnie) have also taken the Blacklist’s two other top spots. With help from Mia, a sympathetic street racer named “Rog,” and monetary winnings from his pre-Razor races, the player is able to purchase a new car and slowly work up the Blacklist, with the goal of confronting Razor and reclaiming his BMW. As the game progresses, the player beats each member of the Blacklist in one-on-one races and builds up both cash (which is needed to purchase and upgrade cars) and a sizable reputation. Upon defeating Razor and winning the car back, it is revealed that Mia is actually an undercover police officer who has, with the player character’s unwitting help, been working to arrest every member of the Blacklist. Cross dispatches the police in full force in an effort to capture the player (now back behind the wheel of his BMW), but are foiled when Mia develops feelings for the player and shows him an escape route out of the city. The player leaves Rockport for good, and in the end is listed as a fugitive on the nation’s most wanted list.”
———————-
Spoilers end here.
———————-

I managed to get some screen shots while playing. Hope you will like ’em. Don’t miss to click on the images for high resolution versions.

Lamborghini Gallardo. Drove this after Mitsubishi Eclipse (I am seriously thinking of buying eclipse after sometime).

Gallardo jumping within a race

I feel Carrera is the best car in Most Wanted. Yes, better than the BMW. 🙂

Just to begin a race.

Starting a tollbooth race. My favorite race among others like circuit, sprint, drag, lap knockout et’all.

Messing up with cops in a pursuit.

Got busted. Jumped and cops rammed into the car.

After a long pursuit, I evaded to get this screen. If you have played Most Wanted, you know what it means to achieve more than 2.6 million bounty and evade that pursuit.

After defeating 14 blacklists and all qualifying races, this happened just before the final round of races with Razor.

One of the final races.

What do you think the speed will be at this time? 🙂

Finally, Razor was out in the race but still wanted something. Mia gave him that.

After becoming #1 in blacklist, there is this final pursuit when complete police force is sent after you by Cross. Man, this was difficult. Took me 3 hours and countless tries to complete this. Actually, this can not be completed as all your safe houses and hiding spots are gone. Once you survive for more than 5 mins in this pursuit, Mia leaves a voice mail and tells that only way to evade this pursuit is to leave Rockport city from old bridge. This bridge is broken but the Car can jump and cross the bridge.

Map of the final pursuit. It starts at right bottom where green line starts and ends at top left where red line ends (and thats the old-bridge). Got this from some forum. People say that red boxed area is good to spend time in until Mia leaves the voice mail as in this area cops are not that aggressive. I never went there. Handling aggressive cops is fun. At times it crosses limits when the chopper comes and hits the car if you are running on highway.

Once you jump the old bridge, cops are left stunned.

Best scene of the game. After crossing the bridge, cops couldn’t stop and falls into the broken bridge.

I have uploaded the completed game alias file here. Another one when I was blacklist #2 is here. Take this if you just want to enjoy the extreme of the game and that final pursuit.

What next? Already bought and installed Need for Speed : Carbon. And yes, there are other games too (AOE and Company of Heroes) which need some time. 🙂

I have been thinking about setting up a mobile gaming environment for quite some time now. Finally figured what I should get and bought it. I was susceptible that a laptop might not be able to perform for gaming so I picked as good configurations as I could.

Two most important things are CPU and GPU. I think choosing best in class gives you results. Another component you have to pay attention to while buying a laptop is the HDD. Most manufactures (especially Sony) just mention the capacity and ignore the spinning speed. Whatever CPU and RAM you get, if the HDD is consuming all the time in returning data, you are not going to get any performance.

After playing AOE III and NFS on this machine, all I have to say is that this thing rocks. I played these games on full settings and it gave awesome results. I mean playing NFS with all effects on 1600×1200 resolution is amazing. 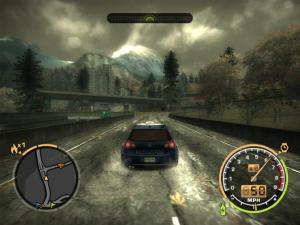 I configured this on dell’s website and price summed up to $4300. Don’t drop the idea of buying it due to this price though as there are some options on online forums which can drop the price. I managed to get this machine for $2900, delivered. Yes, that’s $1400 saving.

I got a couple accessories to go with it.

Mouse: Logitech MX Revolution ($85) and its turning out to be a great. Click here to see the thread on NBF for this.

I will be posting some game shots. As of now I am playing AOE, NFS and Company of Heroes.